LA art exhibits focus on the human body as seductive and surreal, functional and fragile

Two artists with gallery shows in LA explore the human body. Both play with different elements and materials – including ceramics, metal and glass – and make pieces with their own hands and machines.

Nevine Mahmoud’s show, “Foreplay II,” is on M+B until January 22. She reconfigures children’s games so that they become more like a human body and sensual.

In this piece, Nevine Mahmoud makes a child’s slide look like a tongue. Photo by M+B.

“There’s this arch that she recreated from child’s play, and she carved it out of pink marble. … And then the slide, which comes down from the arch, is this plastic slide found… painted with this shiny bubblegum pink paint. So it really becomes like a tongue,” describes Lindsay Preston Zappas, founder and editor of Contemporary Art Review Los Angeles. “But it’s not super sultry, it’s a very subtle juxtaposition. I think there’s definitely a bit of Freudian psychology there.

Julia Phillips’ exhibition, “Between Love and Loss”, is at the Matthew Marks Gallery until January 22. She makes ceramic casts of her own body, then mixes those pieces with more industrial metal stands and tables, so they almost feel like science fiction. tools. 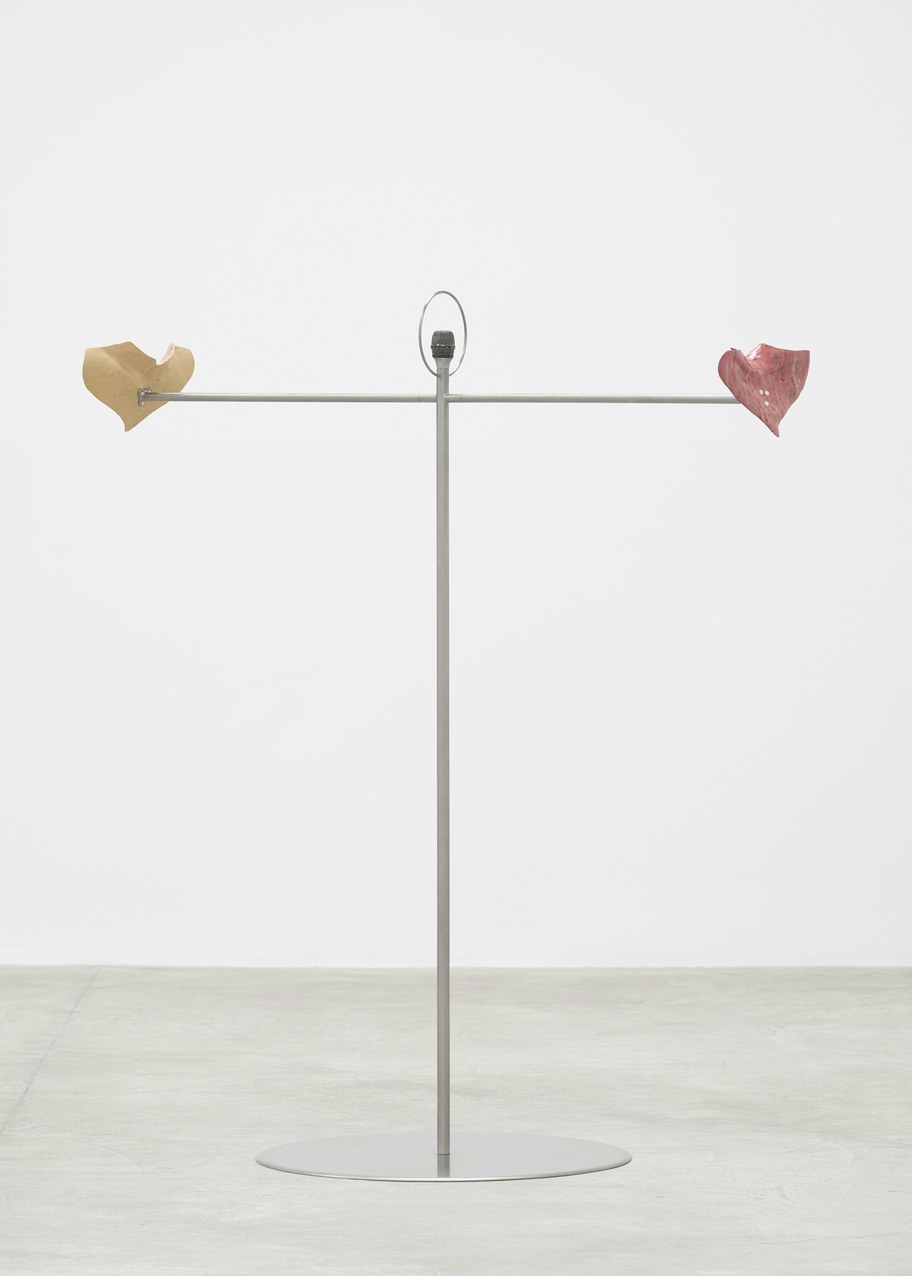 In this piece, Julia Phillips shows two collarbone bones at each end of the metal bracket. Photo by Sean Logue.

In one piece, Phillips casts a collarbone area, and at each end of the metal bracket, two collarbone bones face each other, describes Preston Zappas. The microphone in the middle is cast in metal and is not functional. “There’s this illusion with this piece about speech and voice, but then there’s an absence of that because there are no mouths, there are no heads.”