KWK promises won the competition convert a old slaughterhouse in the center of ostrava in the Czech Republic in contemporary art gallery PLATO. instead of filling the random holes in the walls of the dilapidated building with brick, as if they never existed, the Polish architecture studio decided to underline their presence as a testimony of the building’s identity, adding another layer to its history.

“We got involved in this project because the building seemed intriguing and deserved to be preserved”, explains KWK Promes. â€œWe have preserved the character of the masonry and the patinated windows and filled the openings with contemporary materials. we adopted the principle that all the reconstructed elements would be in concrete, while retaining the old ornamentation of the brick walls.

all visualizations by luxigon unless otherwise indicated

KWK PROMES adds mobile elements to the facade of the GALLERY

although the curator’s guidelines included a standard restoration, cleaning the facade and filling the holes with brick, KWK promises decided to keep the existing masonry as a testimony to the industrial history of the city and to insert any new additions in a different material. thus, the facade of the building integrates concrete wall panels in various dimensions. Moreover, the studio intended to preserve the functionality of the openings as shortcuts connecting the interior to the city. thanks to various mechanisms, the concrete wall panels can turn and open the exhibition rooms directly to the outside. artists have acquired whole new exhibition possibilities and art can literally come out into the space around the building, which also becomes an exhibition space. “Mobility has allowed culture and knowledge in the broad sense to become more democratic and accessible to new audiences”. 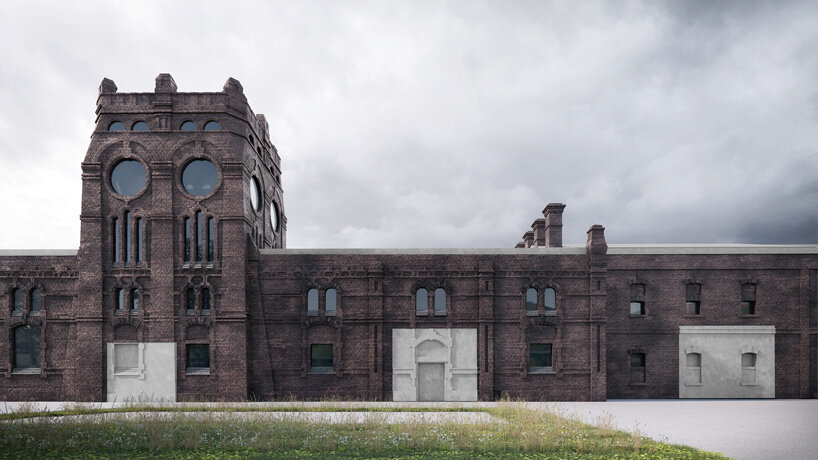 in the original plan, the square around the building would also be concrete. yet subsequent reports of climate change and ecological disaster led the architects to react and change the design. â€œInstead of using concrete, we introduced natural water-permeable surfaces, lots of greenery, flowery meadows and natural retention. now, despite the ongoing construction, we are also working on greening the roofs of the building, using such vegetation that retains the traditional color of the historic dirty masonry. we believe that every square meter of greenery in the city is worth fighting for. ‘ 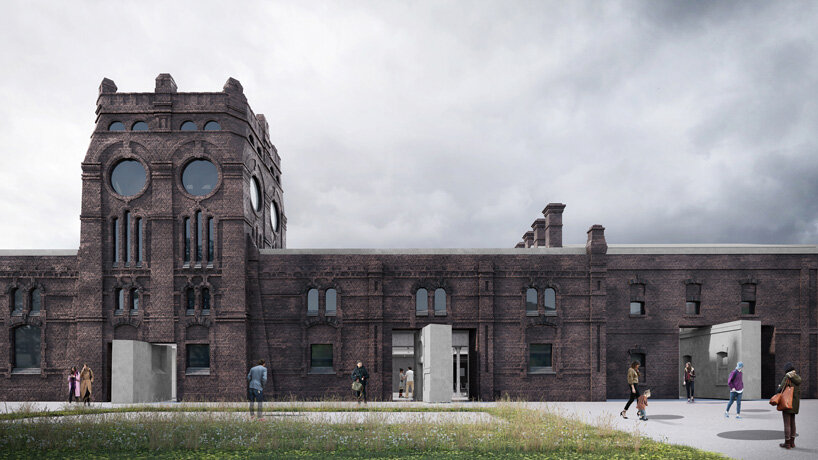 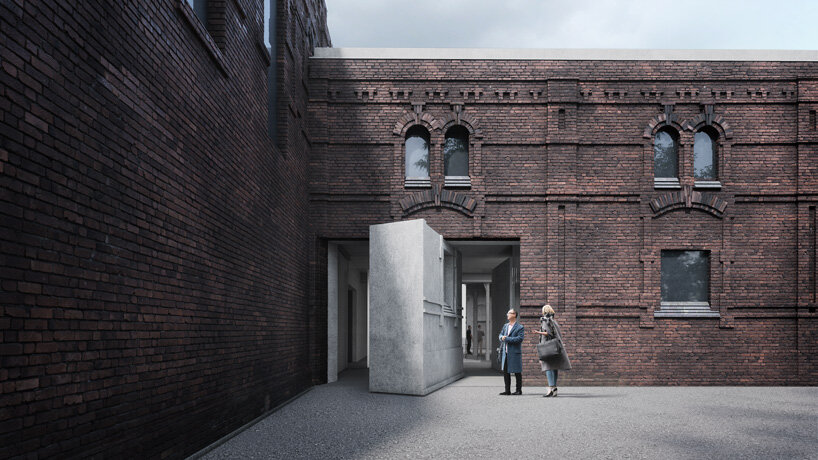 the space around the building also becomes an exhibition space

the reconstituted elements are in concrete

The Rodak exhibition at the Abraham Art Gallery ends next week