So far, for his part, Push, pushas an official arts partner of the College Park Arts Campus initiative, has raised approximately $250,000 with support from donors including AEC Trust and the Tull Foundation.

PushPush plans to launch a million-dollar fundraising campaign in the fall, said company co-founder Tim Habeger. In the meantime, she is negotiating a bridge loan with the Reinvestment Fund.

One of the project’s other partners, Good Places, has purchased the Harvard Avenue building and plans to complete the renovations by early 2023. Then the plan is for PushPush to purchase the ground floor, while the upper floors will be for sale as work space. .

Eightvillage, Tapestry Development and the church are other partners involved in the wider development of the campus.

PushPush investigated the possibility of buying and renovating the Harvard Avenue building “so that we can control the prices,” said Habeger, who started the troupe with his wife, Shelby Hofer.

A map of the College Park arts campus.

A map of the College Park arts campus.

The organization has a history that suggests it can achieve these ambitions. PushPush has cultivated successful writers, performers, playwrights and filmmakers. Although based in several locations including Little 5 Points and Decatur over its long history, the organization has organized and promoted shows in metro Atlanta, providing space for bands and shows such as Write Club Atlanta, improv shows, experimental theater and even puppets.

On July 23, PushPush held an open house at the developing campus to show the community the artists at work.

Currently, Habeger said, 100 artists use PushPush’s studio space to develop their work on a daily basis. This includes painters, dancers, milliners and filmmakers.

Habeger said PushPush nurtures artists by encouraging collaboration, giving them space to express their voice and, most importantly, “getting out of their way.”

PushPush has a certain history as a place where people come together to discuss storytelling methods and artistic creation, asking each other important and difficult questions. Since the start of the pandemic, Habeger said he’s missed the interactions that PushPush has always encouraged.

“I’m still kind of in that COVID-19 feeling that I’ve been too alone for too long,” he said. “I like people who think and push and disagree with me and argue. I can’t sit across from them so much, and I miss that.

PushPush feeds on this spirit.

The development of new work is collaborative and experimental. Habeger said young artists with ambition and ideas often find their artistic home in the organization.

This track record is proven.

David Bruckner, director of the films “The Night House,” “The Ritual” and the upcoming remake of “Hellraiser”, began his career working on short films through what was then called PushPush Theater in 2001. 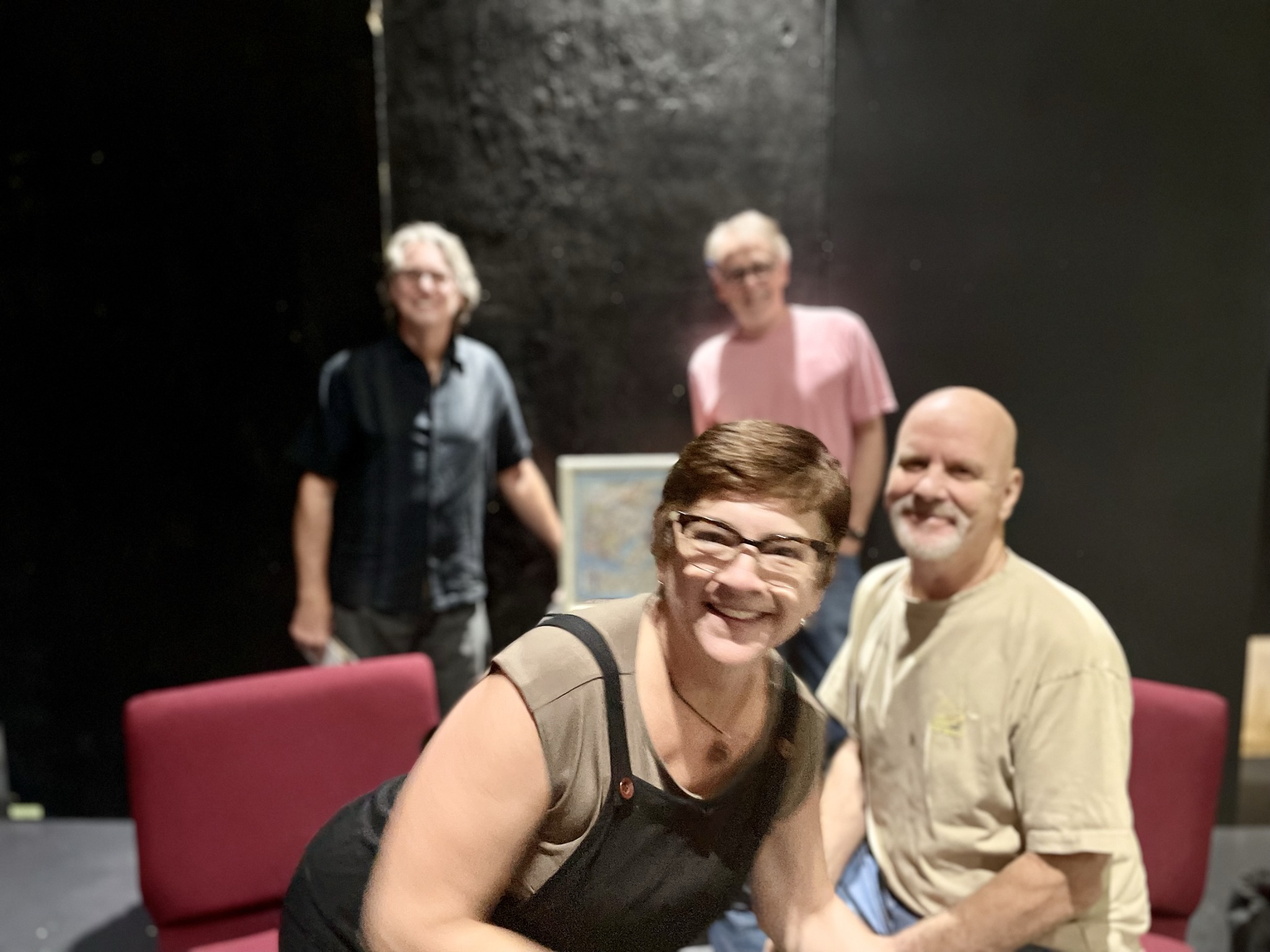 Bruckner, who saw the development of PushPush’s College Park space during his last stay in Atlanta, said it was great to see the organization grow and continue to help artists. In particular, he praised her gift for developing narrative action.

“Tim and Shelby have a unique grip on storytelling DNA,” he said. “They really pay attention to the underlying movement of a narrative and how that permanently connects you to a story and keeps you engaged and captivated. It’s something I learned working with them at PushPush and take into account in everything I do.

Frances Mulinix, a dancer and choreographer at the Vibrance Center for Voice and Movement, has a studio in the PushPush facility which she called a “godsend.”

“It feels like a good place for someone who is an established artist, someone who really knows who they are and what they’re talking about,” she said. “But maybe they’re looking for an affordable place or a hub where they can meet other artists.”

The company’s latest theatrical works at its East Main Street theater include the June staging of musician Jeffrey Butzer’s debut play, “The Artificial Island,” and occasional performances by improvisers from Dad’s Garage. In the fall, Rob Nixon, a longtime artistic associate of PushPush, is planning a show called “You Can’t Get There from Here”.

ArtsATL (www.artsatl.org), is a non-profit organization that plays a vital role in educating and informing the public about the arts and culture of the metro Atlanta area. Founded in 2009, ArtsATL’s goal is to help build a sustainable arts community contributing to the economic and cultural health of the city.

If you have any questions about this or other partnerships, please contact Senior Director of Partnerships Nicole Williams at nicole.williams@ajc.com.