A new exhibition at the MacKenzie Art Gallery in Regina is billed by the gallery as “the most important exhibition of contemporary Native beadwork across North America ever presented.” 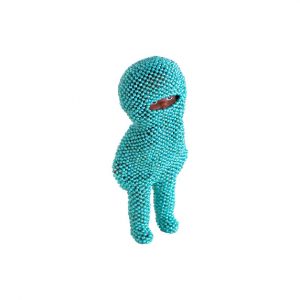 The show was organized by Sherry Farrell Racette, Cathy Mattes and Michelle LaVallee. 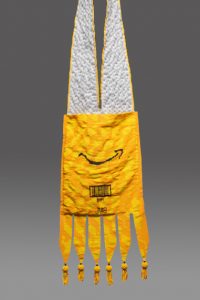 LaVallee said she suggested the show in 2016, but then left the MacKenzie and it became a group venture. It actually made it a little easier to put together during COVID when they couldn’t travel as much and they couldn’t all see a particular piece of art in person.

LaVallee is currently Director of Indigenous Pathways and Decolonization at the National Gallery of Canada.

“The main basis of the exhibition began by identifying works considered canonical, perhaps, in the passage of beadwork from craft to fine art, but also looking at the community resurgence and finally its passage into the galleries of ‘contemporary art,” LaVallee explained.

She said they were looking to identify important emerging trends in artists working today. Forty-eight artists are featured in the exhibition, which LaVallee says makes it one of the largest exhibits featuring contemporary pearls to date.

“These artists really sew us together, they connect the past to the present (and) they reflect on current times, stories – personal and communal experiences and existence. But in doing so, they also create new meaning and redefine representation and cultural determinism from an Indigenous perspective,” LaVallee said. 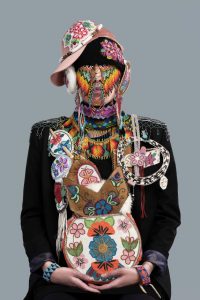 Radical Stitch, according to LaVallee, celebrates the innovation and tactile beauty of pearls. She explained that the vibrancy of the medium is meant to inspire.

“(The exhibition) really invites viewers to immerse themselves not only in the beauty of beadwork, but also in the political and creative dimensions, alongside the aesthetic dimensions of beadwork,” she said.

LaVallee said it was an exciting time right now, as the opportunity to see the art again in person was just opening up.

“It’s a type of artwork that, in person, has so much greater impact. It’s very tactile; it doesn’t translate as well to the digital medium of our screens. So I certainly encourage people who can to come to the exhibition (and) see these works in person,” LaVallee said.

The exhibition runs until August 28.

LaVallee said they hoped to take the exhibit to other museums and were also working on a publication for it.

On the home front: The National Art Gallery of Malaysia reopens in 2022 with a brand new look, state-of-the-art services and an exciting line-up of exhibitions.