Get the latest Syracuse news delivered straight to your inbox.
Subscribe to our newsletter here.

For new and returning students looking for a weekend activity, the museums and galleries on and near campus are a great way to learn about Syracuse’s arts community. Whether it’s the Everson Art Museum designed by IM Pei or the Syracuse University Art Museum near the College Place bus stop, these museums all display works by artists aiming to confront cultural issues. and politics of our time.

â€œEveryone, Inspiredâ€ is located in Shaffer Hall on the main campus. The exhibition features 52 works of contemporary art, all on loan from the New York State Art Museum. These include works by artists from the six Haudenosaunee Nations – an Indigenous confederation that spans most of New York State, including Onondaga County.

Vanja Malloy, director and chief curator of the Syracuse University Art Museum, has been compiling this exhibit since August 2019, but wanted to wait to display it until the pandemic is over so people can experience the work in its full scope.

â€œSo many of these objects are not two-dimensional. They are three-dimensional and they have so much complexity,â€ Malloy said. â€œThere are beadwork that is reflective. They have different textures. And when you see it in nobody, you notice so much more about it, so I think of this as an example where Zoom will fail you. “

â€œEveryone, Inspiredâ€ celebrates the history of the Haudenosaunee Confederacy with works of art that reflect Indigenous communities, families, ancestors, treaties and connections to the land.

Malloy said it was important to show these works on the SU campus in order to make the museum more inclusive and representative of the student body.

â€œWe are very connected with many of these artists geographically and culturally, and this is an opportunity for visitors to learn more about Haudenosaunee art,â€ Malloy said. â€œIt really is fantastic art, and I feel like it hasn’t always been featured in art museums.â€

This exhibit is located in the museum’s main gallery, where community members can visit Tuesday through Friday from 10 a.m. to 4 p.m. and on weekends by appointment. On August 26, Malloy will host an in-person presentation and museum tour for new students to campus.

ARISE, a Syracuse-based non-profit organization, collaborated with the Everson Museum to exhibit â€œUNIQUE,â€ an exhibition made up of works by nearly 60 artists with disabilities. The organization extends the rights and inclusion of people with disabilities, and CEO Tania S. Anderson said art created for “UNIQUE” is an essential part of this process.

â€œIt is especially important for artists with disabilities to exhibit their work because it is just one more way to ensure that people with disabilities are valued for the whole person they are,â€ said Anderson.

The exhibition features works by artists of all ages, from high school students to adults. Many mediums are represented, including sculpture, photography and literary work. Some pieces are for sale at the artist’s discretion, Anderson said, and 100% of those profits will go directly to the artist.

Everson has presented “UNIQUE” since 2011, and new works of art are featured with each iteration of the exhibition. The works exhibited each year are also compiled in an annual magazine.

Anderson said the works in last year’s exhibition were markedly “darker” as they responded to the fears and anxiety of people amid the pandemic. This year, however, the art reflects a different attitude.

â€œThis year the pieces seem to express more of the feeling of ‘we got it done, we are going out’,â€ said Anderson.

â€œAbStrandedâ€ focuses on abstract art using textiles to communicate broader themes of craft, race and gender. The exhibit includes a collection of fiber-based art from 10 contemporary American artists, and it will be on display from September 18.

The pieces in this exhibition explain how textile creation, one of the oldest art forms with deep historical significance, was adopted by contemporary artists and combined with abstract principles to create original textiles that confront this convergence of forehead.

Julia Bland has seven of her large-scale, intricately knotted textiles in the show. The pieces in this exhibition address themes of female spirituality through a mix of fabrics – including wool, linen, canvas, twine and more – that she has hand-dyed and tied in different geometric formations. The Brooklyn-based artist said she doesn’t shy away from imagery, but has found that abstraction allows her to fully explore her love of textiles themselves. 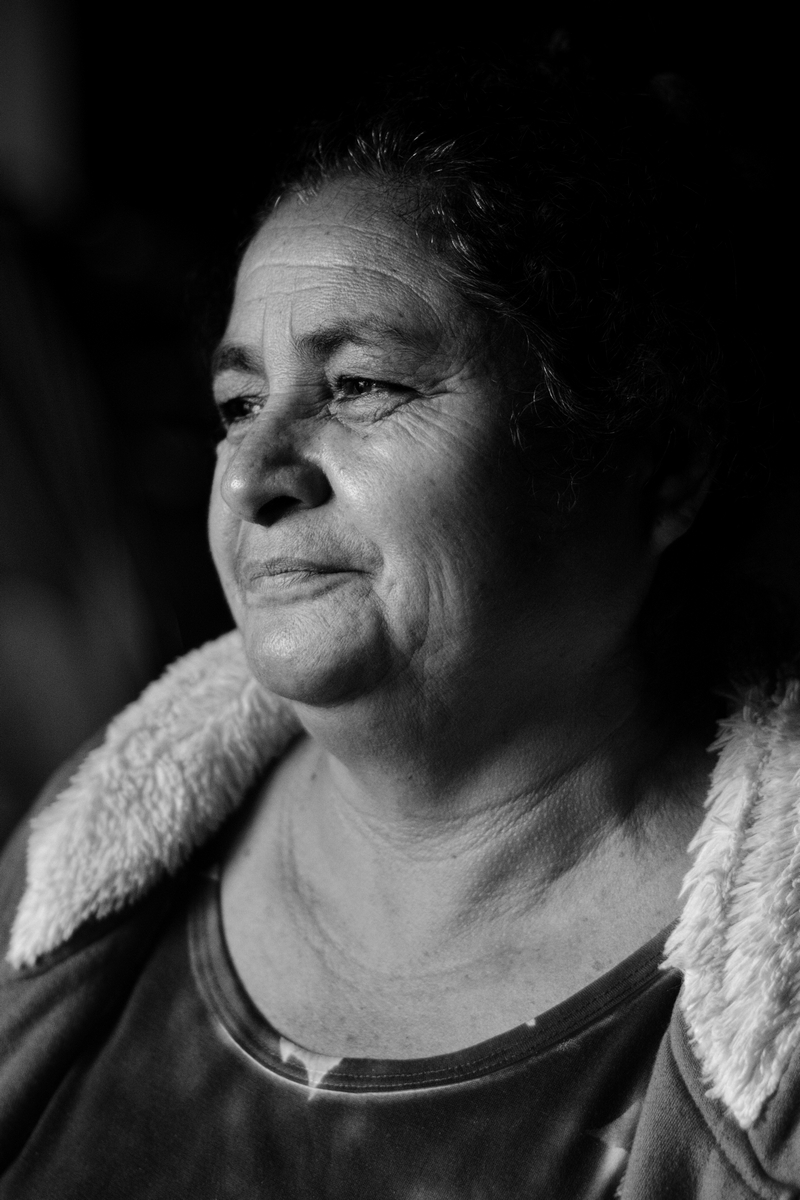 Artist Bill McLaughlin took this portrait of a woman named Ruth as part of his â€œRetratos con Dignidadâ€ project. The photo will be on display with others by McLaughlin in the ArtRage Gallery’s â€œLiving in Limboâ€ exhibit.
Courtesy of Bill McLaughlin

Bill McLaughlin laid down his oil pastels and temporarily gave up painting the misty landscapes of his upstate New York property in December 2019. He changed his medium and began taking crisp digital portraits and black and white of immigrants held in shelters on the border between the United States. and Mexico.

For three weeks McLaughlin stayed in Tijuana, creating what he calls “Retratos con Dignidad” (“Portraits with Dignity”). He embarked on the project to bring the photos home to New York City so that those geographically far from the border would face the complex issue of immigration.

His photos will be exhibited in the â€œLiving in Limboâ€ exhibition at the ArtRage Gallery, which specializes in art that challenges existing societal structures and incites â€œcultural and social changeâ€. The Gallery – located at 505 Hawley Ave. – is open Thursdays and Fridays from noon to 6 p.m. and Saturdays and Sundays from noon to 4 p.m.

â€œIndifference is the big enemy – getting people to see things, to care about things that are far away,â€ McLaughlin said. â€œIt’s a good way to overcome this indifference by bringing these images here. “ 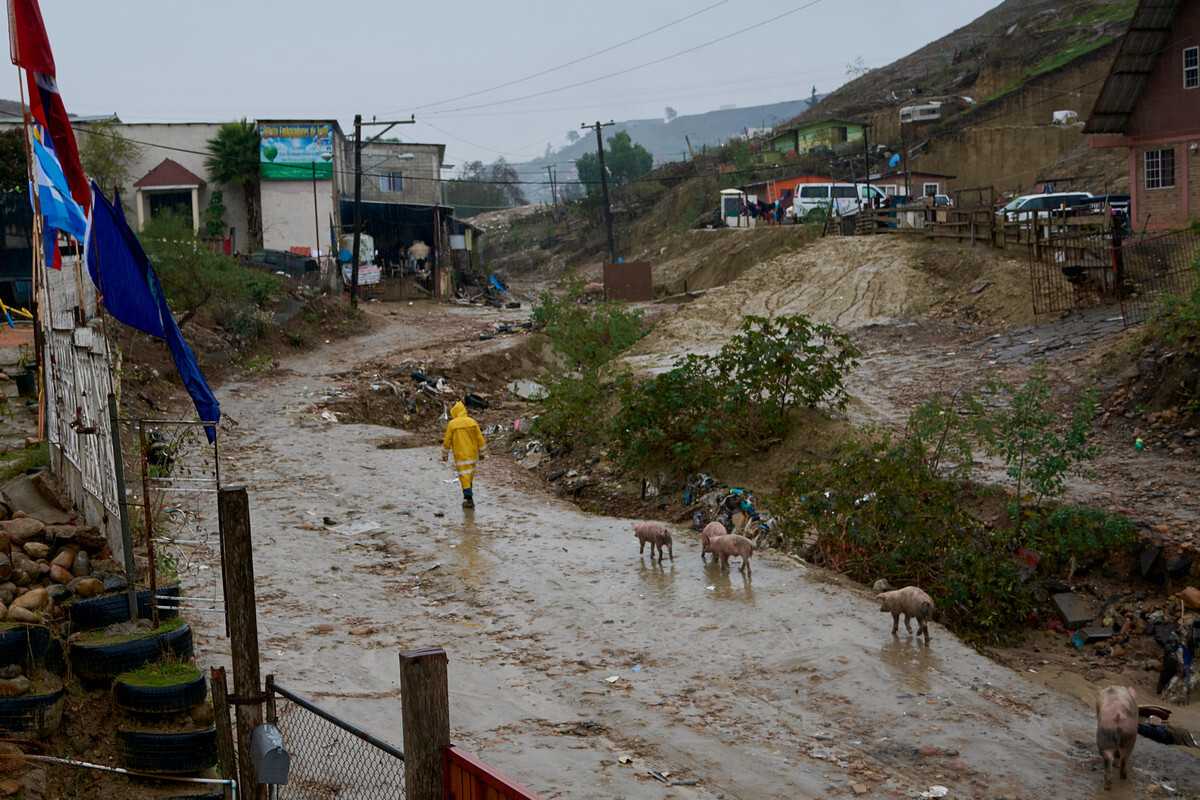 McLaughlin focused on using photography to tell the stories of immigrants held in shelters on the U.S.-Mexico border, like this one in Tijuana.
Courtesy of Bill McLaughlin

In the months leading up to his trip, US immigration implemented a â€œstay in Mexicoâ€ policy that returned many asylum seekers to Mexican shelters around the border. Instead of photos that show faces of pain, hurt and fear that McLaughlin said plagued the media during this time, many of his portraits instead show smiles, hope and determination.

Because immigration stories and video clips are in the daily news, on our phones and on social media, McLaughlin said the gallery has printed their photos large – two feet by three feet – to encourage viewers. to look closer and longer.

“I don’t mean to say that they can meet them, but they could at least confront their images and I hope they would see in themselves, the humanity in them, the commonalities between us and them”, McLaughlin said.

13 things to do this weekend